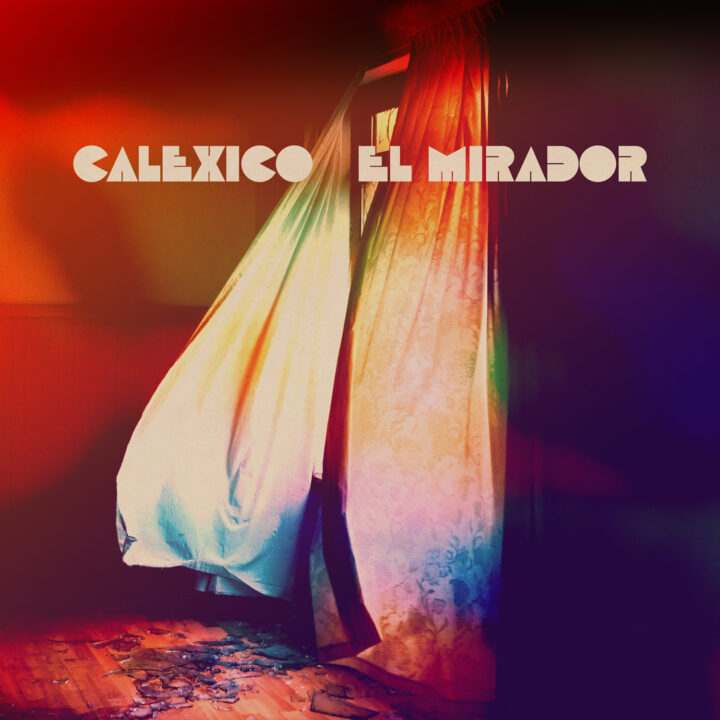 Convening at longtime bandmate Sergio Mendoza's home studio in Tucson, Arizona, El Mirador was recorded throughout the summer of 2021, crafting one of their most riveting and whimsical productions to date. Convertino, who now resides in El Paso, and Burns, who relocated to Boise in 2020, channeled cherished memories of Southwestern landscapes and joyful barrio melting pots into an evocative love letter to the desert borderlands that nourished them for over 20 years.

“El Mirador is dedicated to family, friends and community,” says Burns; singer, multi-instrumentalist and co-founder of Calexico. “The pandemic highlighted all the ways we need each other, and music happens to be my way of building bridges and encouraging inclusiveness and positivity. That comes along with sadness and melancholy, but music sparks change and movement.”

Praised by NPR for their “sprawling, cross-cultural indie rock,” Calexico has spent the better part of the past three decades exploring the dusty musical borderlands of the American Southwest, crafting singular, cinematic songs as mysterious and magnificent as the arid desert landscapes that inspired them. Founded in Tucson, AZ, by guitarist/singer Joey Burns and drummer John Convertino, the band first emerged to widespread acclaim in the mid-1990s with a string of arresting, evocative records that blurred the lines between their roots, rock, and Latin influences, but it was 2003’s Feast of Wire that truly marked the duo’s commercial and critical breakthrough, earning them their first appearances on the Billboard charts and rave reviews everywhere from The Guardian to Pitchfork, who called the record “genuinely masterful.” In the years to come, Calexico would go on to release seven more similarly well-received studio albums that would help land them slots at Coachella, Bonnaroo, Glastonbury, and Roskilde, alongside dates with the likes of Wilco, Pavement, Arcade Fire, Andrew Bird, and more. The Washington Post hailed the band’s live show as “near-flawless,” while The Chicago Tribune lauded the “vibrant” energy and “compelling conviction” of their performances, and WNYC marveled at the group’s ability to both “roar like Sonic Youth [and] whisper like Elliott Smith” onstage.

Throughout their career, Calexico’s chameleon-like gift for sonic shapeshifting has also made them highly sought after collaborators, both in the studio and on the road. In addition to releasing a pair of widely praised joint records with frequent tourmate Iron & Wine (the latest of which, Years To Burn, garnered two GRAMMY nominations), the band has worked with everyone from Willie Nelson and Jim James to Nancy Sinatra and Neko Case, produced and performed on Amos Lee’s #1 album Mission Bell, and scored multiple feature films.

Calexico’s 2018 album, The Thread That Keeps Us, marked the band’s highest charting collection to date and earned glowing reviews in both the US and abroad, with The Independent awarding the record five stars and NPR proclaiming that the music “carves out a landscape all its own.”