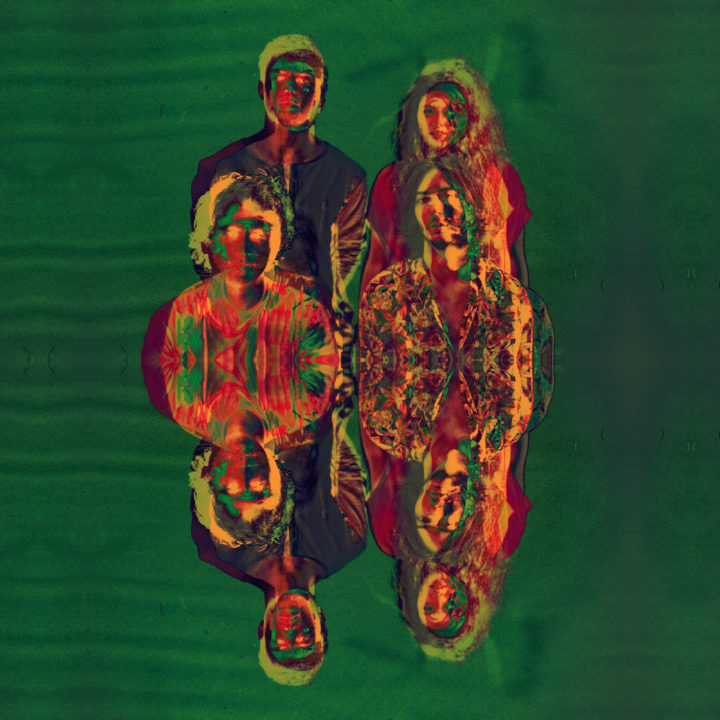 City Slang is extremely excited to announce the signing of London-based Cristobal And The Sea; a proper European union of a band, if there ever was one. The quartet hail from four corners of our diverse continent. They are: Alejandro Romero from Spain (bass/vox), João Seixas from Portugal (guitar/vox), Leïla Séguin from Corsica/France (flute/vox) and Josh Oldershaw from old Blighty (drums).

Within this melting pot of dreamy tropicalia there are notes of their southern Mediterranean culture and a Brazilian bossa nova feel in João’s guitar style, all underpinned by a beat-generation vibe that seeps into all their songs. All perfectly captured on this debut by Brooklyn producer, Rusty Santos (Animal Collective, Vashti Bunyan, Grizzy Bear).

 From The Beach Boys’ vocal harmonies to Fleetwood Mac (if they’d have favoured LSD over their beloved cocaine), Gilberto Gil to Gainsbourg and a whole host of modern artists, Cristobal & The Sea have taken their varied inspirations and diverse cultural backgrounds & melded them into their own distinct sound, creating rich, warm & disorientating songs that swirl with psychedelia, but never forget the importance of melody.

Their debut release ‘Peach Bells EP’ will be released as limited editiuon vinyl on Dec 8th through City Slang and today we reveal the first track to be taken from it, ‘My Love’. It’s one of the first songs the band ever wrote, and in their words “about not knowing whether you should leave someone or stay with them… Being torn in that way.”

Ale, João & Leïla all met at Loughborough University whilst studying architecture, philosophy and international studies respectively. Occasional jamming quickly turned into writing songs and before long they turned one of their two halls of residence rooms into a music studio and spent every free hour jamming, writing, recording (with the cheapest, most readily available equipment, resorting to a £7 Skype microphone for vocals), and developing their very unique style and sound.

When they set up house in London at the end of 2013 they met like-minded drummer Josh through a mutual friend and the band was complete.

Fresh out of the studio with producer, Rusty Santos this July, their debut EP ‘Peach Bells EP’ will be released on a one-sided vinyl 12“ in early December. Recorded over the course of a week in London’s Strongroom Studios, most of the instrumentation was captured in just one or two live takes to preserve the spontaneity & unaffected air that makes their music so rousing & individual.

Young, enormously gifted, beautifully boho, very charismatic and incredibly laid back, Cristobal And The Sea are devouring life as only the young and carefree know how.

Time to listen up!