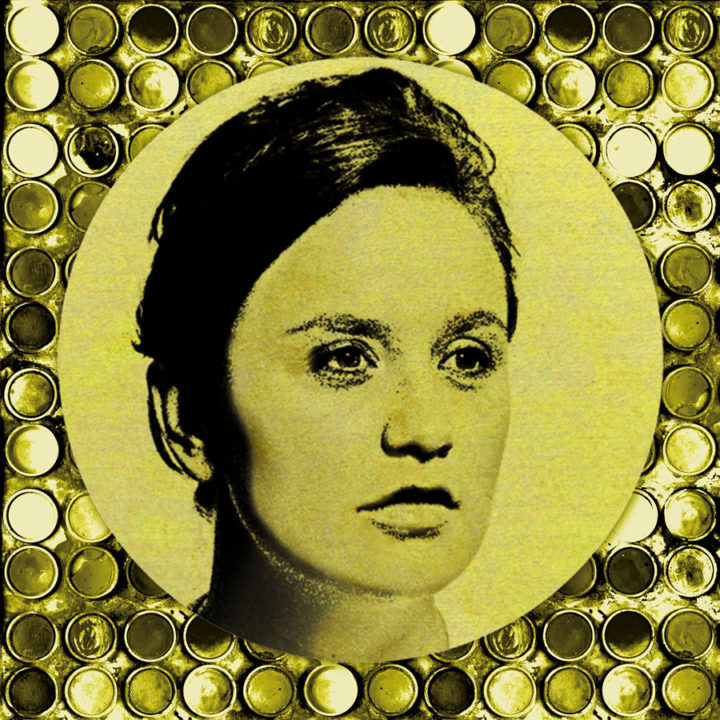 As a child, South African born Cheri MacNeil spent eleven years studying at a small primary school in the north of Johannesburg, not far from what was once an isolated farm called Lilliesleaf. Growing up, she knew nothing of the nearby settlement, but it was within these grounds that, on July 11th, 1963, a dry-cleaning and flower van parked beside a thatched cottage and disgorged a squad of armed policemen. They’d received a tip off from a neighbour‘s son about unusual comings and goings, their suspicions further aroused by the fact that these involved both black and white individuals. It had taken them a while to locate the place: initial reports spoke of a place called Ivon, and it was only after searching the area that they found an old, weather-beaten sign from which three letters were missing. It had once said Rivonia, the name of the suburb in which they stood.

That day, police arrested 19 members of the African National Congress, the underground organisation run by Nelson Mandela – who had already been imprisoned – which sought to overthrow the ruling apartheid government. It was a pivotal moment in South Africa’s history, but it was only when she was in her twenties that Cheri MacNeil learned that these events had taken place around the corner from the building where she had for so long been educated. This is the tale told in ‘Took Them Away’, and it’s also the story that gives the latest  DEAR READER album its name. It’s an appropriate one “That sign”, she explains, “with its faded lettering, makes me think about history as a whole, and how the versions we have must all have bits that have weathered away and gone missing, and how we'll never know the whole truth about anything. There are so many different realities overlaid on top of one another, but each of us only has the version we know.”

It’s a brave artist who seeks to take as their inspiration one of the most complex and controversial aspects of recent international history, but this is – at least in part – what Cheri MacNeil has chosen to do with her third album. It’s not the only challenge that she’s accepted, however, and RIVONIA is a testament to what can happen when a musician steps out of their comfort zone to pursue unfamiliar goals, to push themselves to do things that they’ve never done before – both on a musical and a personal level – and trust in the results. Now based in Berlin, Germany, MacNeil this time took matters into her own hands, conceiving her third album’s themes and techniques in advance, writing and meticulously arranging each song independently before she even reached the studio. It was the first occasion on which she’d worked without a producer – an undeniably ambitious decision – and for a long time she kept the album a secret from even her closest friends, nervous that she might fall short of her goals. But the results are an astonishing artistic and individual leap forward for her, a vindicating culmination of all that she’s learned since she started the first incarnation of DEAR READER – then known as Harris Tweed - in her homeland back in 2006.

After the dense textures of 2010’s Brent Knopf helmed Idealistic Animals, MacNeil chose to focus on a few key elements – voice, piano and percussion – and recorded much of the album in her own apartment, bringing in friends to perform the parts she’d constructed alone with little more than her voice. At times she’d set up elsewhere: Calexico’s trumpet player Martin Wenk was recorded in his rehearsal studio, The Tindersticks’ drummer Earl Harvin laid down his tracks in a small studio on a busy street near where she lives, and the woodwinds were performed by her friend Friedrich Brückner and his parents at their home in Leipzig, also the setting for the choral performance with which the album culminates. Essentially, however, RIVONIA found MacNeil almost singlehandedly spearheading the entire endeavour until she finally handed the recordings over to be mixed by Eli Crews, whose work for Tuneyards, Deerhoof and Why? she admired.
She thinks of RIVONIA, perhaps flippantly, as a ‘Pop-Musical’. Part of this is a reflection of her somewhat theatrical style, something emphasised by her decision to “let the Disney lover in me come out to play”. In fact, her motivation, she is swift to emphasise, was generally personal, just as the album’s contents are, in every sense of the word. Moving to Berlin had given her a new perspective on her country, and she realised she was unable to satisfy the curiosity that others she met in the city expressed about it. MacNeil began to educate herself with texts she found online, and, “amongst long, colourless passages on wars and genealogies, I would uncover these stories, ever so dryly relayed, but reeking of intrigue even so. Often just one or two sentences would be enough to inspire an entire song, set within a specific historical context.”

What emerged allowed her to explore both the country in which she grew up and also express more intimate thoughts about humanity, and indeed herself. “I wanted to slip into different roles,” she continues of the folk song tradition she inadvertently adopted, “like playing a part on the stage, and just explore what my character might have thought or felt, without decreeing that it was bad or good.”

Like PJ Harvey’s Let England Shake – a record that MacNeil confides she’d never heard until long after she finished recording – RIVONIA is an honest, courageous and expansive collection, that is as musically exciting as it is thematically determined. But unlike Harvey, MacNeil never distances herself from the scenes she depicts. Instead she places herself in the thick of them, while managing to appear impartial throughout, even in the face of the biggest horrors. It is only on the second to last song,  “Beauty On Cruelty On”, that she actually allows herself a commentary on the state of the human race. Her stance; that we have a great propensity for evil, and from this mankind will probably never be free. As ifto reiterate this, she closes this remarkable album with the warcry of two  armies,  a sacrilegious hymn to the futility and folly of war.

Unlike other records written by white musicians and inspired by South Africa, DEAR READER’s RIVONIA banishes broad, crowd-pleasing political strokes in favour of a specifically human outlook. At times troubling, at times deeply moving, RIVONIA is unafraid of raising more questions than it answers, and achieves this within the context of a collection of magical, dramatic, heartfelt songs.