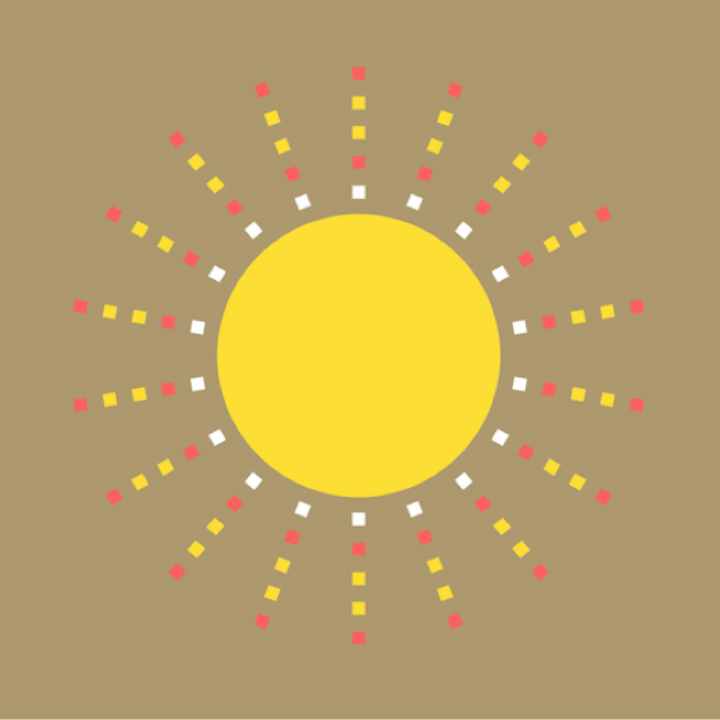 It’s not too rare that an artist would be able to timeline their own personal experiences and growth via the records they release, but very few electronic artists have done it as emotively as Gold Panda.

Derwin Dicker’s long awaited fourth full-length, ‘The Work’ is set for release Nov 11th via City Slang. The title of the album is an intriguing one: both a literal statement of the record he took six years to make and then, digging deeper, a revelation that it reflects just as much to how he arrived in this place now: “the work is something that’s used in my therapy a lot, and I hear it a lot in self-care and books about mental health - the work on yourself basically. Which I’ve done with therapy, running, pilates and an osteopath” he laughs. More succinctly though, he suggests that the last few years have primarily been about “self care and trying to put the work in on myself to see where I’m going wrong and why I might be depressed.” Also he adds “when my first daughter was born I found that transition really hard from not being the only person to look after - just taking caring of myself, not having time to do anything and managing my time, so I had to work on that too: there are loads of things the work can be about.”

Derwin pinpoints a very specific moment where he realised that he needed to change both his outlook on life and address self care: “I was in Japan, in a really horrible hotel, it only had one window - the window was in the bathroom. When I came out of the hotel room I was basically in a massive tower block 24 floors up - there’s all this mesh netting so people don’t jump off. It was so depressing and I thought ‘fuck it, I could still jump."

“I was really hungover” he discloses. “And that was the was the last time I was drunk. I mean, I love the drinking, but I can’t deal with the hangovers, the regret, the anxiety and depression. I hadn’t done any gigs sober at that point, which was a new thing I had to overcome - being conscious of what you’re doing in real time. With alcohol, you have that false confidence. And I had to learn to be with my feelings more, choosing to feel scared or nervous rather than getting drunk to combat it or overcome it.”

Clearly happier and more relaxed with who he is personally and as an artist, he reveals fatherhood as his biggest ongoing catalyst for change: “now I have daughters the goal is to stay alive.”

“I never thought I’d be happy in my 40s,” he adds, “But I think also becoming 40 helped me be able to realise the things I like doing and am comfortable doing, not doing what other people might expect me to do.” Eschewing expectations is as evident in the new material as it is in Dicker’s personal life and he’s pleased that ‘The Work’ is his most varied, surprising record to date. “I think a lot of the tunes don’t go where you expect. There’s a lot of changes, and a lot of stuff going on”

It’s clear that each of Gold Panda’s records came at key junctures in his own life. His debut ‘Lucky Shiner’ (2010) was a reflection of his late twenties; free, unanchored and giddy. The follow up album was entitled ‘Half of Where You Live' (2013) a name that gave much away about his emotional outlook at the time and saw him push his musical boundaries while questioning what it meant to be an artist with a growing reputation and a life moving between cities both personally and professionally. His third LP ‘Good Luck And Do Your Best' (2016) was a warming reaffirmation of self and sound, rooted in his Essex home and his sometimes adopted home of Japan.

And now six years later, ‘The Work’ is the result of an artist who has taken time and care to reflect, adapt and improve themselves and their musical practise with astounding results. It evokes the emotive qualities that have defined his career to date whilst simultaneously feels more bold and playful. ‘The work’ has clearly treated Derwin well and also left him happily reflective on his own musical journey to arrive in 2022. ”I get more comfortable with the music I make as Gold Panda now,” he muses “I always wanted to do the 'cool' music, but I can only make the music I make, I suppose. I think that’s why I find making club music hard - I don’t spend enough time in them,” he laughs. “I don’t know where I fit in, and maybe that’s good.”