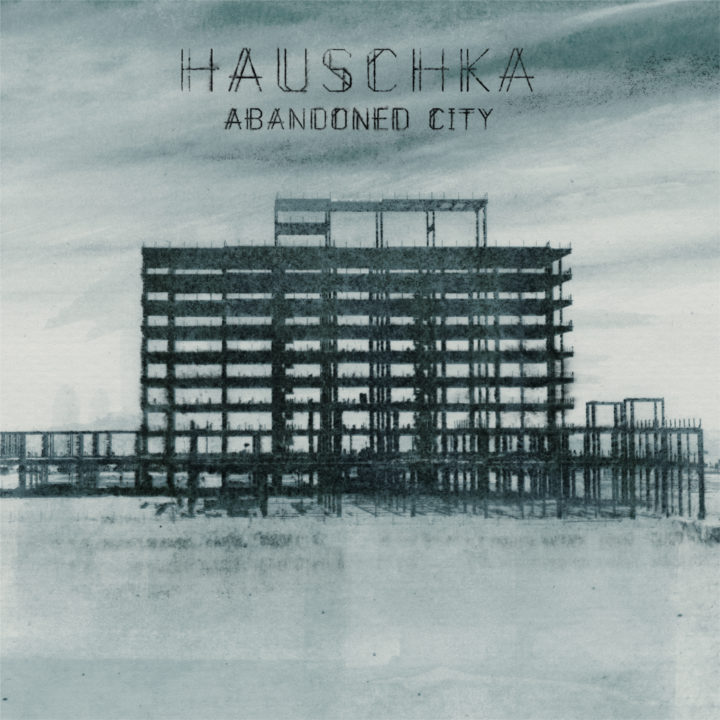 Hauschka is a composer, songwriter and experimental musician who has brought an exciting new perspective to the prepared piano. The prepared piano – a technique for getting new sounds from the acoustic keyboard by resting pieces of paper or drumsticks on the strings of the instrument - has been used for centuries, but Hauschka was unaware of the tradition when he began exploring ways to get new sounds out of his Bechstein grand upright. “I wanted the sound of a hi-hat (cymbal) to add a percussive effect to a composition I was writing. I took foil from a Christmas cake and wrapped it around the strings [inside the piano]. From there, I was inspired to use other objects on the strings to get bass drum sounds, or tacks on the piano hammers to get the sound of a harpsichord. When I was playing techno music, I had samplers where you could get a different sound on every key. I thought it would be great to have that effect on an acoustic piano. I was not aware of John Cage (one of the first 20th century composers to use prepared piano) when I started searching for ways to alter the sound of the keyboard, but as I got more into prepared piano, I was influenced by Cage’s theories.”

The Prepared Piano, Hauschka’s first recording using prepared piano, was a solo album of spontaneous improvisations. The sounds he generated changed the course of his musical journey and he’s since used prepared piano in a variety of settings. On Ferndorf, pieces composed in honor of his childhood home in Germany, he balanced improvisation with compositions that featured cellists, trombonists and violinists playing his inventive arrangements. The ‘acoustic techno’ of Salon des Amateurs featured drummers Samuli Kosminen (Múm), and Joey Burns and John Convertino (Calexico) and dropped subtle electro effects into the mix. On Silfra, an improvised collaboration with classical violinist Hilary Hahn, he dipped into classical music and ambient pop to create an expansive soundscape. With Abandoned City, Hauschka returns to the solo prepared piano to produce an evocative work full of unexpected grace notes and mysterious sounds.

Abandoned City was recorded in Hauschka’s home studio in a burst of creative energy following the birth of his first son. “With the exception of ‘Elizabeth Bay,’ which is based on a piece of music I wrote for a reinvention of Wagner’s Flying Dutchman, the music was composed and recorded in ten days. After the baby, I had to concentrate to find time to work, so the process was very intense.” The songs were recorded using nine microphones. Six recorded the sounds coming from the piano strings through an analogue console feeding directly into a computer to preserve the instrument’s full, warm sound. Three others passed the tones through a mixer full of effects – delay, distortion, echo – that can be triggered separately or used simultaneously. Hauschka creates the music and the arrangements as he goes, trusting the music to take him in the proper direction. “Most of the songs were played on one piano; I was mixing as I played. If I needed more piano, I overdubbed with another twiddling of effects. All the sounds – harp, balafon, Melodica, drums - are produced by the keyboard.”

The compositions on Abandoned City awaken the loneliness and unattainable romance of timeless, unfamiliar places, with cinematic melodies full of resonant overtones, bright cheerful keyboard patterns and dark percussive touches. The tracks all bear the names of actual vacant cities. “Elizabeth Bay” evokes a deserted mining town in Namibia with sinister Bo Diddley-esque bass notes underscoring ghostly keyboard fills that float though the air on a cloud of distorted dub effects. The suggestion of a vaguely Latin melody moves brightly through the background, clashing with sharp techno percussion patterns. “I hear the sound of the wind blowing through a piano playing in an empty room,” Hauschka says. “Jamming wooden sticks between the strings of the piano creates the drum sounds by bending the notes and giving them a percussive resonance.”

“Pripyat” was a city near Chernobyl, abandoned after the meltdown of 1986. The song’s structure owes a debt to minimal free jazz and the pulsations of Terry Reily’s “In C.” A single repeated note anchors the composition, moving it from a droning, atmospheric pulse to a jittering collection of interlocking percussive elements. Hauschka creates the sound of a brittle industrial music box by blocking the strings with his fingernails. “Agdam” is a deserted city in southwestern Azerbaijan desolated by the country’s civil war, but the music owes a debt to Hauschka’s current hometown of Düsseldorf, birthplace of Kraftwerk and Neu! The piano plays simple, hooky, repeated Kraftwerkian note clusters, propulsive rhythms that swish like brushes on a snare drum and bright pizzicato accents that sound like a cross between koto and violin.

“Thames Town” is a newly built city in China that nobody wants to live in, but its thumping melody suggests a mix of African, Latin and techno elements. “Craco” was a Medieval Italian village that got swallowed by a sinkhole in 1963. Hauschka shows off his classical side on this track of pure piano, marked only by shimmering echoes that give the music an aching sadness. “Who Lived Here?” sums up the haunted feeling of nameless deserted towns with long sustained notes from the piano, the subtle drone of a double bass played by Roland Nebe and dissonant phrases from Simone Weber on clarinet and bass clarinet. Soft waves of sound ebb and flow, breaking the melody into delicate fragments, the sound of moonlight reflected off of a midnight lake.

Hauschka chose Abandoned City as the title of the album to convey the sense of hope and sadness that consumes him when he’s sitting alone at the keyboard. “I was interested in finding a metaphor for the inner tension I feel when I’m composing music, a state of mind where I’m lonely and happy at the same time,” Hauschka explains. “When I saw photos of abandoned cities, I felt it was perfect. People once lived there, but they left in a rush and now nature has taken over in a beautiful way, things are growing up from the sidewalk and the seasons are changing colors. The music is dark, but in a quiet, uplifting way. The piano is singing the melody but, because of the effects, you can’t hear it directly. It’s like the sound of a choir under the earth, something you feel without realizing it.”

Hauschka grew up in Germany in the village of Ferndorf in the district of Siegen-Wittgenstein, North Rhine-Westphalia. The thousand-year-old village was small, with a population of about 1,000 people. “There are a lot of old buildings and the town borders a forest, so I played in the woods when I was a child,” Hauschka recalls. “It’s also a strong Christian community. Being raised around fundamentalists forced me to go into rock music,” Hauschka says with a chuckle. “I started piano lessons when I was nine. By the time I was 14, I could play better than my teacher, so I found a jazz pianist and continued my lessons, but I stopped when I went away to school.”

In high school, he played in a cover band, but being a musician was not an acceptable career path in his family, so he studied medicine at University in Cologne, although he was still playing in bands. Just before graduation, he examined his career choices and dropped out to do music full time. His first venture was a hip-hop band called God’s Favorite Dog with his cousin Oliver Lodge-Philips. They had a couple of minor hits and got picked up and dropped by a major label. “I liked the avant garde aspect of techno and started a band called Tonetraeger with Torsten ‘TG’ Mauss. We were a hit at the Love Parade Festival, playing to more than a million people and got great reviews, but eventually, I decided to go solo. I moved to Düsseldorf and began composing contemporary music for piano, combining elements of classical and pop, without being either.”

Substantial, Hauschka’s first solo album, blended classical, avant-garde and pop impulses with an aura of measured melancholy. While working on the follow up to his debut, Hauschka discovered prepared piano. His experiments with this new instrument set him on a journey of exploration that reaches new heights on Abandoned City. He’ll be touring to support the album, offering audiences a taste of his unique musical vision. “Every song tells the stories of the people who once lived in these cities and left behind their dreams in the hope that they’d find happiness in a new place. The changes they went through represent the changes everyone goes through, the diverse events that happen everyday to bring you to that delicate state of feeling happiness and sadness at the same time.”