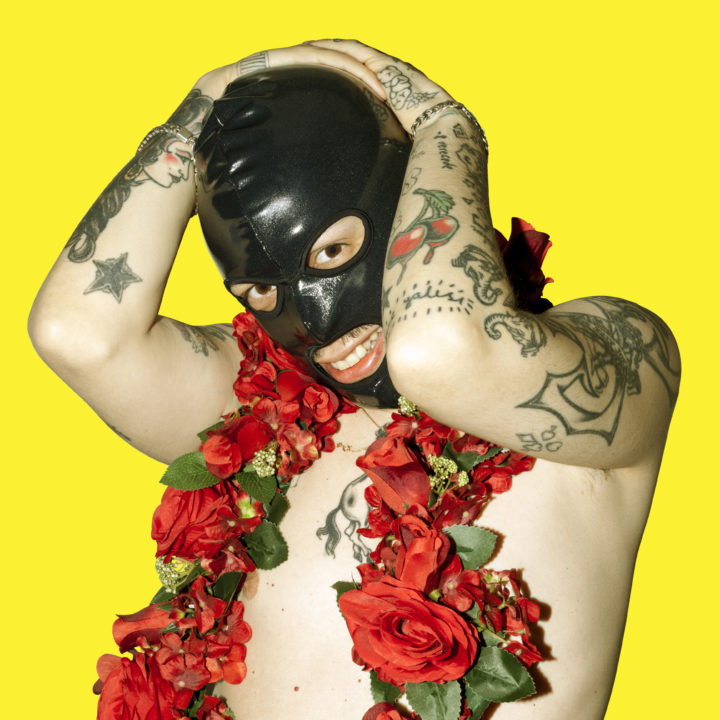 "Fantezi Müzik is all glorious synths and woeful male vocals, and listening to it is the most fun we’ve had all year." Bandcamp (#58 End Of Year List)

“Fantezi Müzik is brimming with a sense of charisma that makes Jakuzi truly stand out.” Crack (#97 End Of Year List)

“While the band are heavily influenced by Turkish pop, they also take inspiration from Western genres, ranging from krautrock, disco and post-punk.” The Quietus

“for lovers and fighters of all persuasions” The Guardian Guide

"a record with many sides, it manages to be both lo-fi and bold in its production, with influences that dig deep roots into the 80s while still sounding progressive and new too." CMU

Jakuzi don't sound like any other band out there right now. Their debut album 'Fantezi Müzik' could be described as a lo-fi pop masterpiece from a faraway time, place and perhaps an alternate universe. Think David Bowie having a fever dream in Turkey, Depeche Mode stranded at the Bosporus… but at the end of the day they just sound completely like themselves.

While music fans and the press were busy catching up on the Turkish legacy of 70s rock and psychedelia, a very active and vibrant underground music scene was developing under the radar in Istanbul. Jakuzi are the latest offspring, and their debut record might just change the international perception of contemporary Turkish music.

When Kutay Soyocak (vocals) and Taner Yücel (bass / synths) started Jakuzi, their aim was to create something different to their previous punk and garage projects, a background which has frequently brought out the best in synth-wave bands. Many of the songs are deeply rooted in the rich history of Turkish pop but Western listeners will also take note of a wide variety of influences ranging from krautrock, disco and post-punk, which Jakuzi were able to translate into something uniquely gripping. In the Autumn of 2016, the band released a handful of songs on cassette tape and digitally via Bandcamp in Turkey (until Paypal was banned) and quickly rose to fame in their hometown of Istanbul; excelling at a genre that was more or less unfamiliar in their country, and surprising everyone including themselves.

Jakuzi bring synth-wave back to its glorious heyday, as explained by bass player Taner: “Jakuzi's mission is the essence of the earliest wave bands - wanting to express to their listeners that emotional songs can still be made for dancing, and that celebration and physical expression aren’t limited to shallow or dumbed down pop music“. A perfect example of this is “Belki De Sen Hakl?s?n”, a dreampop song written while Kutay and Taner were both dealing with relationship problems of their own and worked them out through their musical collaboration. Masculine Turkish music of any genre is not known for being introspective. Arabesque music, another form of Turkish Synthesiser music, is literally an entire genre of blaming your partner for your own problems. Jakuzi's gothic sensibility however reaches deep into their own experiences and pulls out honest, raw and even sensual emotions.

Jakuzi's openness extends further than just being upfront about their feelings. The song “Lubunya" is about Kutay and Taners' respect for people of trans-orientation, which is an absolute first for Turkish popular music. Their concerts offer a safe place for Turkish punks and goths but also for people of alternative sexuality. This nakedness to their audience is reciprocal – Taner recalls a live event when a member of the crowd danced naked and trance-like onstage, inspired by the liberating erotic atmosphere generated by Jakuzi's music. Even though at the time it did not seem unnatural, in reality it was a highly subversive act of freedom.

Highlights of the album include the opener “Geriye Dönemiyor” and the closer “Yine Ayni ?eyi Yapt?m”, both of which point out Jakuzi's attraction to more progressive new wave styles. “Istedi?in Gibi Kullan“ and “Koca Bir Saçmal?k” are two straightforward synth disco numbers; “Her An Ölecek Gibi” mixes Turkish romanticism with supreme chillwave and “Bir Dü?man?m Var“, a fan favorite, has turns of phrase and harmonic artistry that would make Bryan Ferry blush.

'Fantezi Müzik’ is a record that is stoked by enthusiasm for music, a manifest for life and change; it creates an alternative option to the harsh reality. Kutay’s voice, which deals throughout the record with all the elements of life’s miseries: alienation, love, death, passion and not giving up, is eerie and haunting. It’s in Turkish, but you can still understand and relate to it - it’s a voice so powerful that it sends shivers down your spine. 'Fantezi Müzik’ is a magical, emotional and romantic journey that embodies individuality and disaffection and exhibits a true underground pop spirit that is also far more punk than it would first appear.