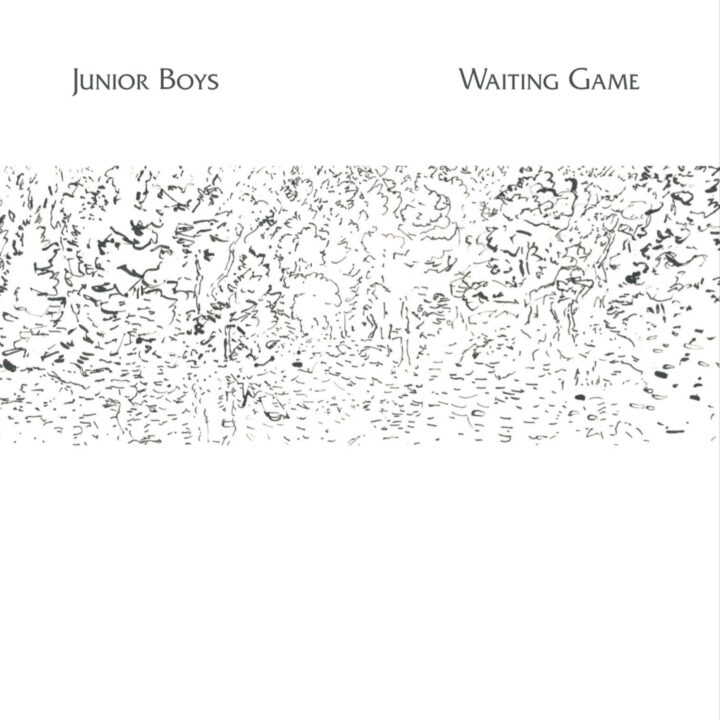 In the years since making ‘Big Black Coat’, Greenspan co-produced and mixed two albums for Jessy Lanza (2016’s ‘Oh No’ and 2020’s ‘All The Time’, both on Hyperdub), cared for and then mourned his father, and built a recording studio in his hometown of Hamilton, Ontario. In early 2020, Didemus joined Greenspan in Hamilton, jamming and recording for several weeks before returning home; by March, the Covid-19 pandemic forced the world into lockdown.

In this uncertain period, drawing from Didemus’s co-writing and musicianship, Greenspan wrote and recorded ‘Waiting Game’. The album’s additonal musicians are Canadians, too; Caribou collaborator Colin Fisher performs saxophone throughout and Bonjay frontwoman Alanna Stuart sings alongside Greenspan on the song “Yes 2”.

In the spring of 2020, Greenspan walked Hamilton’s lake and waterfall trails and listened to music by older heroes, some of whom who’d recently passed away: Florian Schneider, Jon Hassell, and McCoy Tyner along with John Martyn and Sly Stone. These gentle, world-building songs made him consider how the dynamic range of contemporary popular music has been misused, prioritizing volume over depth and detail.

“A weird fact of the perception of sound is that you hear more accurately at lower levels of volume,” says Greenspan. “You can get into a space most intensely that way, and I realized that I wanted to make a pop record that lived in that space.” Inspired, he thought, “What if I created an immersive environment of what he has named ‘peripheral music’, as it were, by recording huge amounts of material but layering it imperceptibly into as quiet a place as I can?”

To do this, Greenspan made some key moves. He employed American engineer Lou Clark, recommended to him through his longtime Mastering Engineer Bob Weston, to build a studio that prioritized a synth room and a mixing room. “It’s the best piece of gear you’ll ever have,” he says of the latter. “The mixing room is 20 decibels. When you get into it, alone, that kind of quietness puts you in a completely different headspace.”

For final mixing equipment, he paired a Studer A80 quarter-inch master tape recorder with the Dolby Spectral Recording (SR) noise reduction system. Designed to preserve the high frequencies of tape while eliminating tape hiss, the Dolby SR “is able to produce a dynamic range that is larger than a compact disc,” Greenspan says.

“It was the pinnacle of recording tech in the early 90s and then when people started recording music on computers it became less relevant. I picked up the Dolby SR for $100 and sent it to this audio guru, who recalibrated it and built a power supply to increase the machine’s dynamic range.” In the studio, he “re-amplified” his synths and keyboards, like the Yamaha DX7, by plugging them into guitar amps and recording them on microphones. “It made the digital sounds feel more spatialized,” he says.

All together, Greenspan became convinced that quiet dynamism was the mode of ‘Waiting Game’. “The irony is that, with contemporary technology, the range from the noise floor of equipment to the highest noise you can make is so huge now that you could record the most dynamic music ever, but most people use that dynamic range to increase loudness,” he laments.

“If you’re watching an old black and white movie on television and then suddenly a commercial comes on, you think, ‘Holy shit, that commercial is crazy loud’ - that’s what so much current music is now, that level of loudness. It’s not a technology problem, it’s a mixing and mastering problem.”

Greenspan spent the better part of six months learning to use, cleaning, and recalibrating his tape machines, and the process of mixing ‘Waiting Game’ took even longer. But it was an illuminating time. In a similar fashion to how handmade knives appeal to chefs, learning how to use these tape machines became Greenspan’s private, worthwhile craft. “It’s hard to learn how to use it, but once you do learn, it’s special. It forces you to work in a way that, in turn, forces you to change your approach, rather than imbuing the product of your work with any particular qualities,” Greenspan muses.

Now in his early 40s, Greenspan has lived in the Canadian rust belt city of Hamilton for most of his life. With its red brick, turn-of-the-century architecture and industrial areas in varying stages of decay and renewal, it draws comparisons to American cities like Pittsburgh, Pennsylvania and Cleveland, Ohio; hardy, blue collar places full of the disjecta membra of a once-thriving industrial life.

“[there are] people here who are adrift so there’s a real melancholy in the air here that is my muse, in a sense. Even though I think of myself as an optimistic guy, that melancholy permeates my music.”

The titles and lyrics of ‘Waiting Game’ orbit around a singular theme: the feeling of waiting around for something, anything, to happen. During his walks through an eerily quiet Hamilton, Greenspan tuned in more closely to other people’s conversations. When he heard a phrase that seemed interesting, he wrote it down verbatim, and when he came across something beautiful or odd, he wrote down a description of it. In the studio, he’d combine these words and “just have fun with them; sampling them, fiddling them around to fit into the context of a song.”

The lyrics of ‘Samba on Sama’ come from a conversation between “two weird strangers” at a lift bridge in an industrial area of Hamilton, huddled around a fire in the snow. The album’s title track is about “going back and forth between my wife’s then-house”, tapping into the weary claustrophobia of lockdown routines. And yet rather than making the songs of ‘Waiting Game’ feel constrained, this patchwork style of lyric-writing feels light and bright, with a sense of freedom.

Alongside the care and attention he gave to his tape machines, Greenspan compares it to two, pandemic-era hobbies of his: watching ‘slow TV’, where long, single-shot sequences of travel happen in real-time over several hours; and aquascaping, the craft of building and growing gardens in water tanks. They tap into a gentler, more conscious way of moving through the world, one that Greenspan hopes that the listener finds in ‘Waiting Game’.

“I see the Junior Boys audience as private, as listening deeply,” he says. “The lyrics may be pieced together, but they’re not meaningless; they’re never non-sequiturs and they never mean nothing to me, at least. ‘Waiting Game’ is intended to give the listener some respite. I like the idea of people putting it on a home and exhaling in relief, even if that relief is tinged with some sadness.”

In this, Junior Boys have made an album that reflects the quiet beauty of the world, so long as you’re prepared to truly listen.