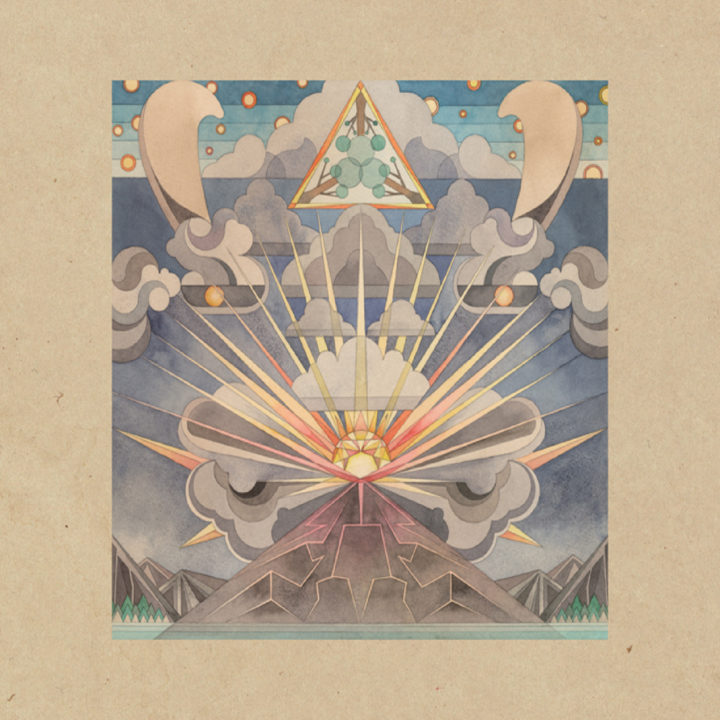 Perhaps it’s like taking a hammer to a pin, but let’s get this out of the way right now: Junip is a band, a three piece from Gothenburg whose cosmopolitan line-up features Tobias Winterkorn (keyboards), Elias Araya (drums) and Jose Gonzalez (vocals & guitar). You’ll be familiar with the latter from his solo work, but Junip have existed since 1999, maybe even 1998. It’s so long, frankly, that none of them are quite sure. “FIELDS”, however, is the album that they’ve been itching to make ever since.

The story that leads to its 2010 release is one of patience and perfectionism, frustration and persistence, sheer bloody-mindedness, inspiration and success. The place to which it takes you, however, is one of pastoral contemplation, autumnal grace and inscrutable, haunting serenity.

Gonzalez and Araya have been playing together since they were 14. Their love of hardcore led them to form Renascence, (later called Sweet Little Sinister), and they first encountered Winterkorn at shows in Gothenburg in the mid ‘90s. “We talked about music that wasn’t hardcore music,” Winterkorn recalls. “I think we were all fed up and talked about doing something new.” “Our feeling was that we could do something more interesting with a setting that was more typical of the ‘60s and 70s’,” “By then in Sweden,” Gonzalez relates, “it felt like everyone else was into Americana and country with steel stringed guitars,” he continues. “We had nylon strings and a Moog.” Gonzalez elaborates, listing the likes of Caetano Veloso’s “Irene”, Curtis Mayfield’s “Move On Up”, Nico’s “The Fairest Of The Seasons” or Milton Nascimento’s “Travessia” as current inspirations.

They started rehearsing at Araya’s mother’s house, and though Gonzalez initially brought in half-finished songs, “I noticed pretty early that it sounded better if we improvised together first and I then came up with a melody and lyrics.” “I remember,” Araya reminisces, “that the lack of a full drumkit played a big part in the beginning of how the songs, and especially the drum patterns, were formed“. The four-track cassette recordings that emerged caught the ear of Josephine Olausson (currently with Love Is All) and Per Idborg, who released the four song 7”, ‘Straight Lines’, on their Kakafoni label in 2000. They also latched onto Gonzalez’ solo recordings, a fact that ultimately contributed to Junip’s unusually lengthy genesis, though it wasn’t the only reason it’s taken them a decade to record their debut: Araya spent much of 2001-2005 studying art in Finland and Norway, while Winterkorn worked part time as a teacher, spending his spare time building a studio for his own recordings. But it was undeniably the success of Gonzalez’ debut album, ‘Veneer’, that held things back the most: its initial domestic success in 2003 led to European and US releases (on Peacefrog and Mute respectively) in 2005, in the process selling a million copies and going platinum in the UK. %%>#/p###

“I always had the idea that Junip would do a full length,” Winterkorn still claims, “but all the breaks we had made it hard to believe that we would really do one. Now I try not to think about the time it took.” “It was frustrating at times,” Araya admits, while Gonzalez himself says that it’s been “like chasing a teenage dream. I’ve felt during interviews that I was just talking about castles in the air. We talked about it every time we met, but my touring always forced us to postpone things.” There was an attempt to record in 2005, “but,” Gonzalez sighs, “we were slow at writing so it ended up as an EP (‘Black Refuge’). And then I went on tour again…”

Finally, when duties for Gonzalez’ 2007 ‘In Our Nature’ album were complete, Junip was at last able to become the priority that they had always meant it to be. In fact, in retrospect, the endless postponement has maybe helped the band. “We’re ten years older now,” Gonzalez concedes, “but it feels very natural now that we have gotten to know one another musically again.” They began by improvising together over a couple of months, looking for sketches that stood out for their groove or melody, recording every time they played “and then taking out the raisins from the cake to eat them”, as Winterkorn endearingly describes it. They constructed songs around beats and guitar patterns, building up a musical wall with Winterkorn’s analog synths, combo organs and Rhodes, but this time their perfectionism held them back. “We spend a lot of time trying to get where we want to go,” Gonzalez explains. “There’s a thin line between being stubborn and perfectionist.” Winterkorn can barely wait to agree. “It’s hard to let go of something when it doesn’t feel right,” he laughs, “but sometimes we’re the exact opposite of perfectionists. Sometimes we didn’t try as hard as we should have.” It’s a combination of these two things that no doubt gives the album its unique dynamic – some songs sound unusually raw, almost as though they’re threatening to distort – but there was a reason for this, Winterkorn clarifies. “We wanted all the songs to sound rough and tough. The sound is intentional.”

And it’s unique too, no doubt about it, a hazy, organic, melodic and hypnotic musical environment that leans on an unconventional blend of influences, from John Martyn’s folk-jazz to Richie Havens’ psychedelic soul via the more motorik elements of so-called ‘krautrock’, though the latter, Araya says, “is not as heavy as some might think. My mum is Ethiopian, and when I was growing up she played a lot of Ethiopian music, which is very repetitive. Even though I hated it at the time, I think it influenced me.” “Afro-beat and soul are always on my stereo,” Winterkorn adds, “so the monotone grind you can find in that music can also be heard in ours.”

Produced by the band and mixed by Don Alsterberg, who also helped with recording – “we know what we like, but we’re neither the best recording engineers nor the best musicians,” Gonzalez confesses – “FIELDS” proves that every second of its protracted gestation has been worth the wait. From the galloping simplicity of ‘Off Point’ to the gentle summer breeze of ‘Always’, from the light-as-a-feather deftness of ‘It’s Alright’ to the blissful melancholy of ‘Tide’, it’s a heady and seductive brew, defined by the warmth of Winterkorn’s keyboards, Araya’s subtly insistent rhythms and Gonzalez’ distinctive, softly-sung tones and enigmatic lyricism. Its modesty belies its attention to detail as well as its defiantly not-of-this-time and not-of-this-world atmosphere. It’s hardly surprising that Gonzalez was so eager to return from the lonely world of the solo artist to immerse himself once again in what Winterkorn calls “the Junipsphere”, but it’s equally obvious why his band mates waited so long. Ten years in the making, “FIELDS” is an almost impossibly perfect debut album that proves good things always come to those who wait…