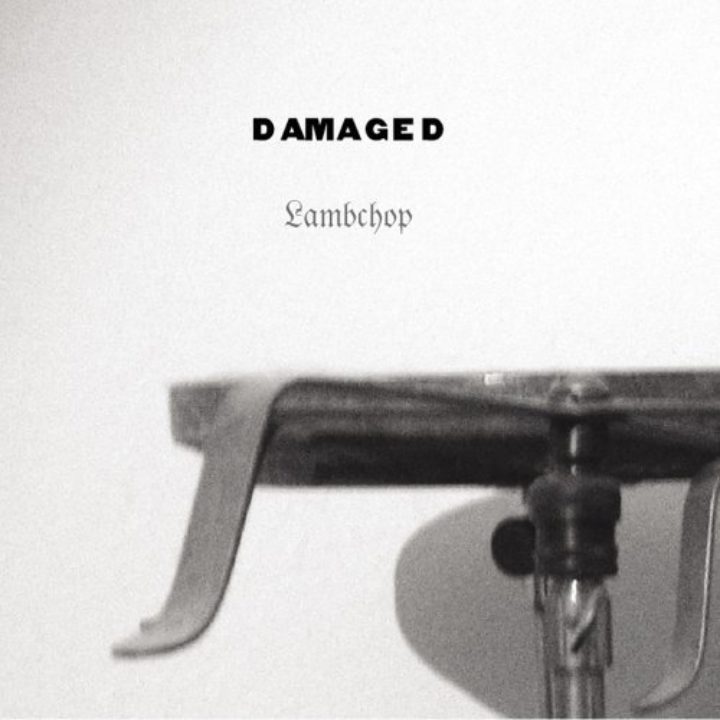 There are, they say, one or two people in the world who could sing the phone book and make it sound heartbreaking. There are, however, few who have tried.

Perhaps the closest anyone has come to success to date has been Tom Waits on ‘Emotional Weather Report’ (from Nighthawks At The Diner) with its unique meteorological forecast: “Flash flood watches covered the southern portion of my disposition / There was no severe weather well into the afternoon, except for a lone gust of wind in the bedroom”. On DAMAGED, however, Kurt Wagner, the mainstay of LAMBCHOP, Nashville’s ever-morphing collective of musicians, proves that he is worthy of that reputation. Choosing to open their eighth album (or ninth, depending upon whether you call Aw C’mon and No, You C’mon one or two records) with a song inspired by a National Public Radio show called ‘Swap Shop’, in which listeners try to buy or sell items on air, is undeniably a bold move.

But, as with everything on this extraordinary record, LAMBCHOP pull it off with a grace and elegance that confirms their status as what www.allmusic.com calls “arguably the most consistently brilliant and unique American group to emerge during the 1990s”. When Kurt Wagner sings (in ‘Paperback Bible’) of wanting “to find a 27 inch color TV / Has to be non working / An RCA ‘cause I need the parts”, it is surely evidence of his astonishing ability to find that elusive poetry in the mundane that many strive for but few achieve.

Having said that, though, DAMAGED is not an album that is obsessed with the mundane. LAMBCHOP have always been famous for Wagner’s chronicling of the minutiae of life, but this time he has turned away from the view he has so often recorded from the porch of his Tennessee home where he writes most of his songs. Instead he has shifted round to look into his own home and, even more intimately, into his own head. “This record is probably the most personal thing I've ever done”, he says, “and as it evolved it just got more and more heavy. It deals with dark and heavy concerns related to deeply personal experience. It's a chronicle of the past year or so: the changes and events that shaped where I'm at today, and my perception of those things.”

However prurient today’s media has become, it should not be of any importance here what those “dark and heavy concerns” were. Suffice to say that Wagner’s life has, for the last year or so, been one of disappointment and, frankly, sadness, and we are not in the business of satisfying people’s morbid curiosity further. What matters is what has emerged from these experiences, and DAMAGED – “the reason the title is in the past tense is that I'm trying to put those things behind me”, Wagner explains – is one of those rare records that emerges from a profound searching of the soul. It addresses life’s tragedies and suffering, and yet reminds us of the sheer bliss that life can offer if we learn to recognise its intricate details. Like Marvin Gaye’s agonising Here, My Dear album, or Elvis Costello’s unbearably personal ‘I Want You’ (from Blood & Chocolate), DAMAGED is one of those albums that manages to dig so deep into the flesh that it is painful at times to listen. But the pain is cathartic and invigorating: DAMAGED is full of a beauty and splendour that LAMBCHOP have made their own, though arguably never to such tender effect.

Musically, DAMAGED sees a number of changes to the way that LAMBCHOP work. William Tyler, the youngest member of the band who joined around the time that Nixon was being toured, moves towards centre stage, perhaps not in quite the way that pianist Tony Crow did for Is A Woman, but close to the spotlight, none the less. “It’s very mature stuff,” says Wagner. “He really puts his own unique stamp on the proceedings.” Tyler has become one of Nashville’s better kept secrets, employed by producer Mark Nevers recently on a large number of the records he has worked on, including Will Oldham, Candi Staton, David Kilgoure, Silver Jews, Lou Barlow, Bobby Bare Jr and Dan Tyler. He also contributes significantly to Cortney Tidwell’s debut album and has his own solo project, The Paper Hats. Also playing a significant role are Ryan Norris and Scott Martin, collectively known as the electronic outfit Hands Off Cuba. The two were brought in by Wagner after they collaborated on the low key CoLAB EP last year. “We worked for at least six months or so trying to come up with a way that they could add what "they do" into what "we do" without being too forced or obvious,” Wagner elaborates. ”The interludes they created on this record are made entirely from the instrument tracks we recorded for these songs. They just took that sonic info and reshaped it into connecting pieces for these songs. My idea was because the source samples were from the existing tracks the interludes would blend in in a more sympathetic way. They also play and add these sounds masterfully during certain songs. This would be a very different record without their contributions. “

Also noteworthy on DAMAGED are the sublime string arrangements. Unlike those for Nixon, which were inspired by Philly soul, or Aw C’mon / No You C’mon, where they were deliberately more cinematic, here they are more understated. “They were arranged by Peter Stopshinski from Austin, Texas,” Wagner says. “A friend recommended him to me because I was looking for a certain type of arrangement that would be closer to the type of music played by the Dafo String Quartet, the Polish quartet we toured with a lot in the past. I wanted him to write arrangements with them in mind.”

The results of these various adjustments are, as one has come to expect of LAMBCHOP, a shift in the band’s sound. This time they slip comfortably somewhere between the simplicity of Is A Woman and the soulful sentimentality of Nixon, but DAMAGED has an identity all of its own. In fact comparisons are hard to draw simply because no one else really sounds like LAMBCHOP. The alternative country sound with which they were once associated is now reduced to little more than occasional swathes of steel guitar (courtesy of Paul Niehaus), and their sometimes shambolic indie roots have given way to an expansive, lush (but never overproduced) redefinition of chamber music. It’s a music equally at home at twilight as on sunny mornings, and it’s probably more beguiling and bewitching than any of us have a right to deserve.

Wagner’s lyrics are, as previously mentioned, preoccupied with the struggles he has faced the last year, but they are so private as to be often impenetrable, open to personal interpretation as perhaps all the finest lyrics should be. It will probably remain unknown to us all what Wagner means by “The rinse you find the path you grind distorted like a condiment or feisty cast of characters, de facto, sans secure”. But his songs are also filled to the brim with inspired wordplay (“I scramble our affection like some eggs”, “Autumn leaves / But she never said where she was going”); memorable images (“Here we sit / Out this tropical storm / Burning pages from your notebook / Just to keep your hands warm”); bon mots (“Here’s a little story ‘bout regret / Doesn’t have an ending, it’s not finished yet”); and hints of his trademark earthiness (“You’re dripping wet from a midday shower / Soon you’ll be drying off your dick / I want to be romantic about it / But there’s really not much more to it”).

It’s worth mentioning that the genesis of some of these songs, like that last, is as unlikely as their content. ‘I Would Have Waited Here All Day’ was originally written for Candi Staton, whose recent album was produced by long term LAMBCHOP member and studio mentor Mark Nevers. “He had asked me to write her something,” Wagner recollects. “He explained to me some insights as to who she was and her past: her experiences with men and how they messed her up. I took that info and wrote a song from what I perceived her point of view to be. Anyway, Marky never played it for her. He said it was too long and she would never sing the word "dick". Now that we’ve recorded it, of course, he wants her to do it on her next record.” There’s a characteristic Wagner shrug. “Sheesh…”

‘Prepared’, however, is surely the highlight of LAMBCHOP’s career to date. The guitars ripple, strings weep beyond, and Wagner sounds like a man who has realised the blood red sun on the horizon is not setting on a dark day, but instead rising on a new one, with all its opportunities and wonder. Rarely have lyrics been delivered with as much affection as “She was standing by her mirror / Brushing out her curls and braids / That evening had arranged the night before”, and rarely has an apology for one’s own shortcomings been so heartfelt as “If it’s sorry that we feel about it / Then with feeling I do respect / I am the most undisciplined of man”. If DAMAGED is LAMBCHOP’s masterpiece – and that’s quite a statement to make when their catalogue includes Nixon and Is A Woman, but time may prove it to be prescient – then ‘Prepared’ is its apogee.

On the evidence here, LAMBCHOP could truly turn the phonebook into one of those legendary “heartbreaking works of staggering beauty”. But DAMAGED is, quite frankly, even better than that. The troubles faced and largely overcome by Wagner are his own private concern and should remain so. But DAMAGED is his way of sharing what he has learned. Few lessons in life will ever be so memorable, dignified or moving.