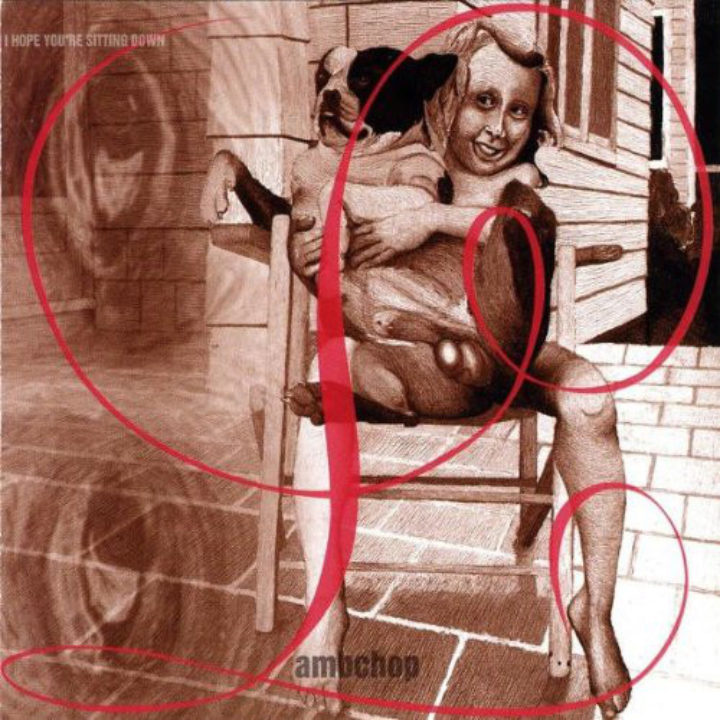 Back in 1994, when Lambchop first lurched lackadaisically into public view, they seemed to many people freakish, outlandish, destined at best for the pages of photocopied fanzines and the graveyard hours of specialist radio stations. A sprawling collective of Nashville musicians—eleven were credited on the sleeve of I Hope You’re Sitting Down / Jack’s Tulips, one of them apparently responsible for “open-end wrenches”—they’d named themselves after a sock puppet, inexplicably given their album two titles, and stuck a painting on the cover of a small, barefooted child holding a dog whose cock and balls are on proud display. Perhaps to counteract this bold depiction of canine masculinity, the inner sleeve offered a black-and-white shot of what the more refined sometimes call a “lady garden.” The back cover offered a painting detail of a wedding dress. So far, so weird.

Things didn’t get any more straightforward when one heard Lambchop’s songs. After an introduction of quietly picked acoustic guitar, wheezing organ, and alto saxophone, “Begin,” inevitably the record’s opening track, began with the words, “She was neat / She was worried about the Holocaust / Rather uncomfortable / But not unusual.” It was clear the band had no designs on chart glory: these were lines so—yep—uncomfortable and unusual, and yet so understated, that they immediately, irreversibly encapsulated the differences between their somewhat wonky world and the one occupied by those who’d so far not been privy to it.

This enigmatic figure, however, beckoned us to join them, and Kurt Wagner—the artist behind that striking cover, as well as the group’s soft-spoken singer, songwriter, and one of their guitarists (although in those days, he disdained any notion of being either their frontman or mastermind)—proceeded to offer further fleeting glimpses of a mysteriously intimate encounter, its unconventional details lingering long after the final note of lap steel guitar had faded. “She asked for some gum,” our farm-capped bard concluded. “He gave it to her. Begin.”

This set the tone for a 72-minute, 17-song collection willfully given two titles, it turned out, to sidestep the arguably pompous associations of a dreaded double-album debut. Lambchop, you see, weren’t pompous at all. In fact, they could hardly have been more unassuming, especially in their humble approach to music-making, rehearsing in Wagner’s basement and exercising an open-door policy that allowed anyone with an instrument to take part, whether or not they could really play it. In addition, Wagner’s matter-of-fact choice of lyrical themes reflected this informal methodology. Certainly, he had little interest in prettifying things: he did that for a living, sanding and varnishing floorboards. In these prosaic stolen moments, however, he found flashes of profound meaning, whether they signified true joy, infinite sorrow, or simply the inconsequential but nonetheless worthwhile value of our inescapably humdrum existence. “Where’s the keys?” he asked at the outset of “I Will Drive Slowly,” “’Cos I’ve forgotten / Where I put them / When I came home / I thought I left them there on the table / I will need them when I go out.”

One song, “Soaky in the Pooper,” resonated particularly powerfully with those who stumbled upon I Hope You’re Sitting Down / Jack’s Tulips, and it’s doubtful anyone in that basement near the railroad tracks could have foreseen in the early 1990s how, little more than half a decade later, members of a sold-out, seated audience of 2,200 in London’s prestigious Royal Festival Hall would yell out its unlikely title, begging to hear it. “Better pull his head out of the bowl,” Wagner croaked—against a maudlin, eccentric arrangement of, among other instruments, guitar, mandolin, woodwind, brass, and strings—as he chronicled a bleak suicide in a public bathroom and the ensuing sad, lonely funeral for which “all the mourners traveled in one car.” It wouldn’t be the last time he addressed subjects from which most tend to shy away.

This was indicative of a record so unique that critics struggled to place it. “We were making music, we were from Nashville, we had a steel guitar in the band,” Wagner wryly reminded the UK’s Uncut magazine, over two decades later, of the reception they first received in Europe. “‘There you go, they’ve gotta be country.’” They weren’t, though, and people knew it, so the media called it alt-country or Americana instead. (Lambchop threw these appellations off soon enough, too.) Of course, at times such influences bled into their music—how could they not, given their environment?—but there was far more at play here, from the avant-garde to the indie, and even their superficially ramshackle performances masked an inspired attitude towards a song’s construction.

Immediately after “Soaky in the Pooper,” for instance, came “Because You Are the Very Air He Breathes,” its seemingly impulsive guitar-playing and naïve bursts of organ accompanying a gritty text lent a swooning romance by the title, which was casually borrowed from the slogan from a 1950s Veto deodorant commercial. “Hellmouth” was an ecstatic, breakneck blast of messy rock ’n’ roll; “Bon Soir, Bon Soir” offered three-and-a-half minutes of hushed, warped chamber music; and the partially spoken, largely atonal “What Was He Wearing?” applied lessons possibly learned from The Velvet Underground’s “The Black Angel’s Death Song.” That the similarly broadminded Yo La Tengo would swiftly become Lambchop’s close, long-term allies makes perfect sense. The album, furthermore, ended inscrutably with a short, scrappy instrumental knowingly entitled “The Pack-Up Song.” It sounded like it was being played by amateur students new to their instruments, and that was the very essence of its charm. Wagner reveals it was played as a signal to end each practice, and anyone could call the tune.

Over it all, Wagner drawled drowsily, crooned convincingly, or yelped excitedly, albeit always captivatingly and charismatically, sharing indelible images with each curious melody: “A dollar and a donut lie under the bed” from “Under the Same Moon”; “multi-scented fog” from “Breathe Deep”; the crude romance of “He hated to shower / ’cos he wanted to smell / What was left of the girl” from “Hickey”; and “What a penis you are / Bon soir, bon soir.” There was even grimmer humor in there, too, not least “And I said, ‘I’m sorry, I’m sorry, is there something I can do?’/ She said, ‘I’m the one who’s sorry, I think I peed on your floor’ / I said, ‘That’s okay,’ and then she puked some more” from “Oh, What a Disappointment.” We certainly weren’t in Kansas anymore, Toto, and it didn’t feel much like Nashville, Tennessee, either.

Where Lambchop brought us was somewhere so singular and bewilderingly gripping that—to perhaps no one’s greater surprise than the band themselves, whose homeland remained baffled for quite some years to come—the album ended up in British music paper NME’s Top 50 Albums of the Year. In case anyone were to consider this an anomaly, France’s similarly influential Les Inrockuptibles placed it at number 25 on their own list. Not bad for a band who had gathered since the mid-1980s, once a week, purely for pleasure, in that smoky, dimly lit basement. Not bad, either, for a record whose sessions were initially only expected to produce enough material for a handful of 7-inch singles. Disheveled yet tender, anarchic yet intricate, I Hope You’re Sitting Down / Jack’s Tulips instead provided the springboard for a career—still ongoing, despite repeated reinventions, and still compelled by stubbornly freakish, outlandish intentions—during which Lambchop’s ever-changing line-up has continued to confound expectations. Wagner, meanwhile, remains one of our most cryptic but crucial voices, an authentic poet of the magical banal. Sure, it was weird here, but it was wonderful, too. Over a quarter century later, it still is.