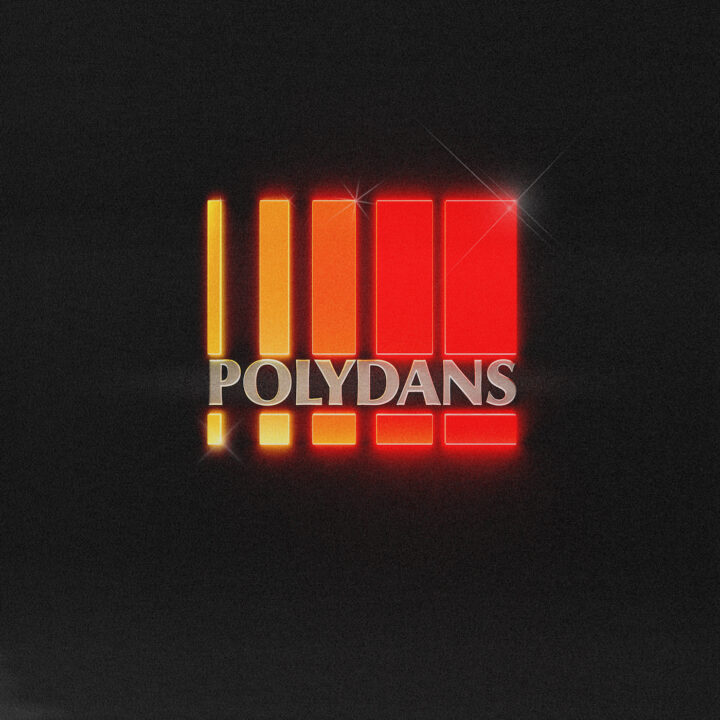 Roosevelt is always looking for that special moment. The producer – Marius Lauber – utilizes outstanding electronics, matching club tropes to pangs of melancholy, all wrapped up in gorgeous melodies. Inventive early singles such as “Montreal” led to the outstanding debut album ‘Roosevelt’ and the bold, addictive follow-up ‘Young Romance’, but increased success seemed to take him away from his core desires, from his musical roots.

His early childhood included piano lessons that demonstrated a preference for emotional improvisation over disciplined learning, while his school years found him bouncing around from multiple bands, whether it was playing guitar, bass or drums. The age of 19 found Roosevelt beginning his love affair with DJing, initially starting in Cologne, and leading him to play some of, in his opinion, the most influential shows of his career so far at the likes of smaller size venues like the Social Club in Paris, LUX in Lisbon, Xoyo in London, and the Middlesex Lounge in Cambridge, MA.

Building a 4-piece live band and creating a festival production, which he took to more than 100 live shows around the world after the phenomenally successful release of second album ‘Young Romance’, Marius drifted into a cherished indie pop phase of his career which he thrived in.

After that meteoric success, he decided to refocus himself on the more intimate, immediate bond he’d felt initially with electronic music. Hearkening back to the intimate rooms that he got his start in, he longed to reclaim the beating heart of the genre; the connection and shared unity with fans.

‘Polydans’ (his forthcoming album via City Slang / Greco-Roman) is built around those bonds. It’s got the energy of a club experience, the implicit communication between a musician and the crowd. “There's something really honest about playing dance music because you can actually see the response of the people in milliseconds,” he insists. “I think there’s something really rewarding in that”. ‘Polydans’ brings back the feeling of club culture into his live shows, where every moment feels electric and alive with nuance.

With ‘Polydans’ he returns to his foundations. it is a re-connection to his musical roots, but also one that introduces startling new elements; a record dominated by warm lights, Balearic sunsets, subtle hues, and an analogue aesthetic. It’s a tour de force of Roosevelt’s incredible musicality – indeed, he wrote and played everything himself, from drums, synths, bass and mixed the album in his personal studio. Intriguingly, though, it essentially happened by accident. “Nothing is that intentional,” he says. “Music is a huge, impulsive process for me…”

An intense studio figure, Roosevelt is guided by his emotional connection to the music. It’s not something he wants to limit, either – from yacht rock to house euphoria to sub-zero techno, he’s drawn to all forms of dance music. It’s right there in the title - ‘Polydans’ - a reference to his multi-faceted take on club culture.

“The album to me is a collection of all the different forms of dance music that influenced me in the studio. No matter how different some of the songs may be, dance is the underlying foundation to the whole album,” said Marius. “I realized this most as I was starting to dance in the studio as soon as I liked something that I did. As if I was the creator and the consumer at the same time, I found it very inspiring to try to write something where I couldn't resist moving around the room.”

Roosevelt has become a globally in-demand remixer reworking CHVRCHES, Rhye, Glass Animals and Charlotte Gainsbourg in recent times. Over the last two album tours, he took his 4-piece band to some of the world's most renowned festival stages, including Primavera Sound, Montreaux Jazz Festival, Governors Ball and Sziget.

Returning to the studio, Roosevelt hurled himself into the creative process, he threw down countless new ideas, deliberately leaving his thoughts unfinished to harness a raw, unvarnished feel. “The foundation of these tracks is really intimate for me,” he reflects. “I'm super connected to the music, and it only works for me if I lock myself in the studio for hours and hours and just go with the flow, really.”

The results are dazzling. “Sign” is a pared back piece of hyper-melodic digitalism, with Roosevelt working with little more than a pulsating antique drum machine as the bedrock. “Closer To My Heart is yacht rock viewed through a club lens, reminiscent of everyone from the Doobie Brothers to Kurt Vile. “See You Again” aches with the pain of parting, its electronic heart bleeding with human experience, while the extravagant “Strangers" moves from French house to a string quartet via the divine backing vocals from Kat Frankie, so emotive and so alluring. “I ended up with around 120 different parts for that one,” he marvels. “I started producing it on the very first day and recorded the last parts hours before I sent the album to mastering!"

Roosevelt’s warm emotional touch drives ‘Polydans’ forward, this push and pull between the body and the mind. “Lovers” grapples with 80s synth euphoria, an ode to formative influences such as Pet Shop Boys or The Human League, while disco opus “Echoes” drips with bittersweet nostalgia before its uplifting resolution. “It’s about making peace with the fact that you made those memories, and that you’re OK with missing the good old times.”

‘Polydans’ incorporates a host of different elements – open and free, inviting and inclusive – yet despite its intricate structure it was entirely instinctual. It’s a glorious feast of electronic daring, one that finds Roosevelt in communion with his musical soul. “It felt incredibly liberating to realize that I'm in a position now to go to the studio every day and just do the music that feels right,” he says. “In this respect, ‘Polydans’ is my most personal album yet, as there hasn't been any creative limitations – I just did what made me happy.”