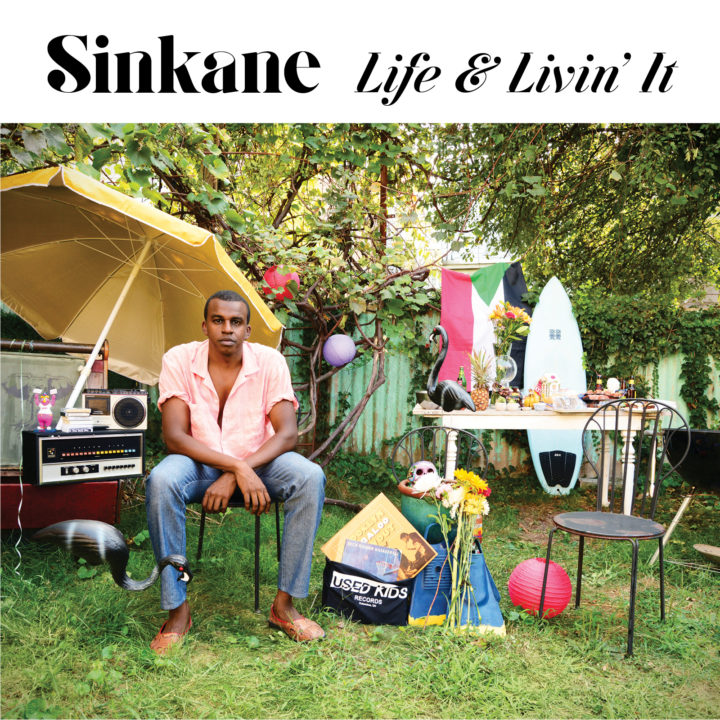 Sinkane music — every note of it — comes straight from a generosity of spirit, and never has that spirit been on more vivid display than on the new album Life & Livin’ It.

Produced by founder and frontman Ahmed Gallab, the album draws from the best elements of Sinkane’s previous records: the slinky funk and soul grooves are there, so are the sparkling melodies with roots in sub-Saharan Africa. Life & Livin’ It

is true to its name: it’s an album about all kinds of experiences, an uplifting album about a universal feeling of soul. "My family emigrated to the United States from Sudan," Ahmed explains, "and I grew up around a lot of folks who weren’t like me, as an outsider. That’s influenced me and my music immensely, and ultimately, this entire project is my way of connecting with all kinds of people — what better way to start a conversation with someone than by telling them a story about yourself that they can relate to?”

A few songs have lyrics sung in Arabic, Ahmed's native tongue. “Kulu shi tamaam!” means “everything is great!” while “ya zol ya zain!” is a Sudanese term of endearment meaning “my beautiful friend.” “It’s really easy to understand the tone of those words," Ahmed adds. "They just feel good, you don’t have to know what they mean. It’s kind of like listening to Caetano Veloso or Jorge Ben — you don’t have to know Portuguese to feel what they’re saying.”

During the same touring period that Sinkane played 166 shows in 20 countries in support of the acclaimed 2015 album Mean Love, Ahmed also led The Atomic Bomb Band — the celebrated 15-piece outfit that played the music of elusive Nigerian electro-funk maestro William Onyeabor. The band included David Byrne, Damon Albarn, members of Hot Chip, LCD Soundsystem, Jamie Lidell and legendary jazz musicians Pharoah Sanders and Charles Lloyd, and they played all over the planet. “Not only did I learn how to put on a bigger show, but all that touring really brought Sinkane even closer as a band, and brought me back to my hardcore punk rock roots,” he says. "The music we play isn’t hardcore but our connection onstage conjures up a similar kind of energy. And that helped me further understand what soul music really is. Everything is soul music — it’s a universal idea. It’s not a genre, but what great music has in common - reggae music, African music, country music, it all emits from a deep, sincere place. The same applies to hardcore—you can physically feel it. Everyone has a different understanding of what that feeling is, but together it's universal. We all relate.”

When Ahmed sings, he sounds unafraid yet vulnerable. But while he once sang of feeling like he was on Mars, Ahmed is now firmly grounded on Earth. He’s no longer searching for his home — he has created a home for himself. There’s a party there, and Life & Livin’ It is playing on the stereo.  You are invited.