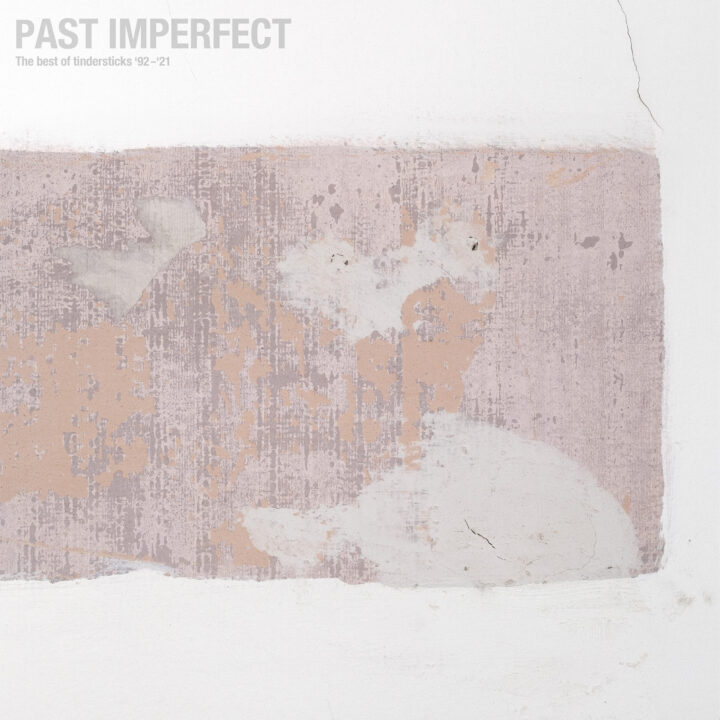 “Nobody was between us and the records that we made,” says Tindersticks frontman Stuart Staples. Mavens of intimate and expansive mood-song, Tindersticks have forged paths of their own unobstructed making over three decades, avidly trend-averse in their dusky and far-reaching explorations of the heart. Released through City Slang on March 25th, 2022. Past Imperfect: The Best of Tindersticks ’92-’21 maps the band’s 30-year journey across a peerless 20-track chronology. “Each step a story,” as Staples said on “How He Entered”. And every song a fresh twist in a winding tale.

Hindsight tells a richer story, of course, but they gave the impression of arriving fully formed in the early 1990s. Brimming with ambition and imagination, Tindersticks’ first three double albums issued ragged ruminations and tea-stained symphonies from the trenches of trouble and desire. The press shook up references to The Bad Seeds, Leonard Cohen and Lee Hazlewood, with Ennio Morricone’s orchestra as the bar-band. But the six-piece were architects of their own world. From their eponymous debut album (1993), the symphonic rush of “City Sickness” declares that intent: “The centre of things from where everything stems is not where I belong,” sings Stuart. “Her”, meanwhile, is a whiplash show of frantic energy, a spaghetti-western panic attack of bottled masculinity.

Formed in Nottingham, the band were tight-knit and clear about what they wanted to be. Four members would later share a house in Willesden, recording demos in the kitchen: kitchen-sink dramas. Free of ego, here was a band who truly listened to one another, reflected in songs that hover in the spaces between players or take wing with a pooled potency. Keyboardist and multi-instrumentalist David Boulter roots that tendency in an “anti-musician” way of thinking: “That post-punk thing of not wanting to over-know what you’re doing – you want it to remain pure.”

When it came to making the debut album, as Stuart explains, they resisted the taint of record-label machinations. “Major labels were offering us a lot of money but it wasn’t our world. We wanted to make a record, we wanted the budget to make a record – and we wanted a new piano. We spent such a long time dreaming about this moment that we had to make it like it was for us. And because it was a success, that gave us the confidence to make the second album in exactly the same way.”

The second album (1995) showcased an increased assurance in songcraft and lushness, tethered to bed-side intimacies. A gorgeous duet with The Walkabouts’ Carla Torgerson, “Travelling Light” is the No 1 that never was. The tremulous “Tiny Tears” has since earnt extended stays of life in long-term band collaborator Claire Denis’ film Nénette et Boni and TV hit The Sopranos. Like a French film in miniature in itself, “My Sister” etches out a tragicomic tale as richly mordant story-song.

Along the way, the band notched up ambitious concerts, from orchestral shows to a residency at London’s ICA. Their scope expanded further with a ravishing third album, Curtains (1997), from which the lusty mariachi swing of “Rented Rooms” appears. After three such albums, Tindersticks showed new mettle with the first of many radical shifts on Simple Pleasure (1999). “There’s moments when you need to be brave,” says Stuart. “From us meeting and making three double albums, Curtains was the end of something. Simple Pleasure to me was a tough time because it was like turning a tanker around. But with hindsight, we wouldn’t have continued to exist if we hadn’t had a moment of, like, we’ve got to take this apart and put it back together in a different way.”

The result was a tighter, more contained Tindersticks work, with the band’s previously subliminal 1970s soul leanings upfront. The vibrant “Can We Start Again?” proves the shift to be a fruitful one, as does “Dying Slowly”, the opener from Pleasure’s follow-up album, Can Our Love…(2001). Released in 2003, Waiting for the Moon forged a kind of rapprochement between new directions and formative instincts, represented here by “Sometimes It Hurts” (a duet with the late Lhasa de Sala) and the sublime “My Oblivion”, a song of silky beauty that seems to stop time live.

After an emotional live performance of their second album at London’s Barbican in 2006, with long-standing collaborators on strings and brass (including Terry Edwards) guesting, the band said farewell to bandmates Al Macauley, Dickon Hinchliffe and Mark Colwill. Staples, Boulter and guitarist Neil Fraser were left to start again. Bassist/multi-instrumentalist Dan McKinna and drummer Thomas Belhom joined for the warming rebirth of The Hungry Saw (2008), before Earl Harvin took over on drums for the increasingly confident Falling Down a Mountain (2010), here represented by the Motown-beat buoyancy of “Harmony Around My Table”. That rebirth reached fervent fruition on The Something Rain (2012), which brought “a new freedom” to the band, says Stuart. “Show Me Everything”, “Medicine” and the electrifying “This Fire of Autumn” provide testimony.

The line-up solidified, later work armed Tindersticks’ exploratory fervour with a fertile focus. Across Six Leap Years (2013) found the band re-recording cherished or ‘lost’ songs with the benefit of experience, among them the lovely “What Are You Fighting For?”, dual-piano proof that Tindersticks’ deep cuts go deeper than most. Music for the First World War commemorations (Ypres, 2014) and F Percy Smith’s microscopic movies (Minute Bodies, 2017) followed. In between, The Waiting Room (2016) arrived crackling with world grooves and sounds, represented here by the tense soul of “Were We Once Lovers?” and the hushed spoken-word reverie of “How He Entered”.

Work with Claire Denis continued to flourish on Staples’ soundtrack to her science-fiction film High Life, from which the delicate “Willow” appears. Three years on from The Waiting Room, the band reconvened on a mission to make a meaningful return. The result was No Treasure but Hope (2019), where “Pinky in the Daylight” bathed the band’s purest love song in pure, radiant melody. Distractions (2021) followed, opening new avenues of exploration, while tender new film song “Both Sides of the Blade” consolidates and stretches their collaborations with Denis.

For Staples and Boulter, recent projects have brought with them the promise of an open page: a pointer to futures as yet unwritten. “I think there’s always that feeling that there’s something you haven’t quite grasped yet, musically,” says Boulter, pinpointing the twinned engines of yearning and ambition at Tindersticks’ core. Meanwhile, Past Imperfect honours how they entered. It is the sound of an uncommonly ambitious band always seeking new ways to connect with their songs, rediscovering themselves as a unit at every turn so that everything familiar about their music sounds fresh again. Always, of course, by nobody’s measure but their own.

“One of the greatest things I feel in approaching this milestone,” says Stuart of the band’s 30th, “is that all of the mistakes we’ve made are our mistakes. If there’s something wrong, there’s something wrong because we decided in the moment that this is what we should be and we physically made it that way. I’m kind of proud of that. We’re still here, we’re still connected, we’re still pushing and it’s been totally on our own terms. I can’t really think of many other bands that are in that situation.”