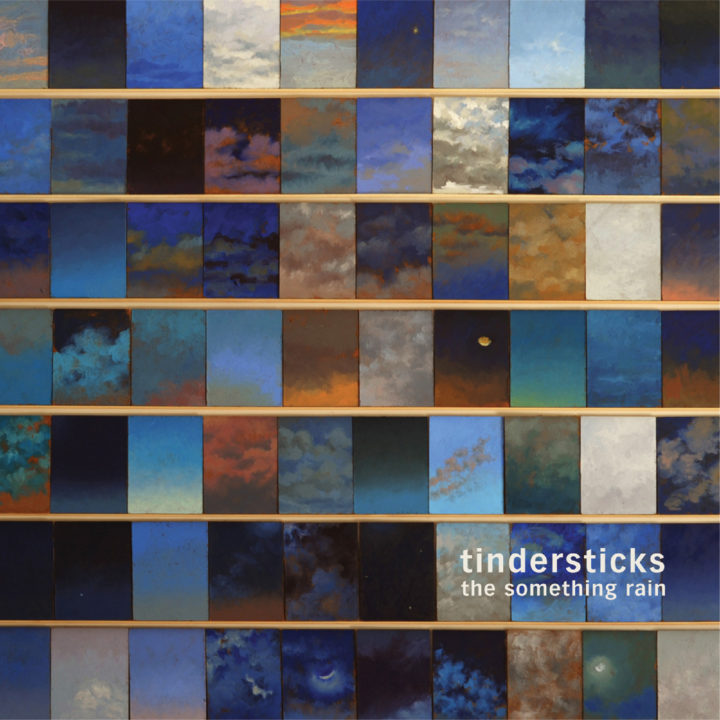 Tindersticks The Something Rain

"The Something Rain" is tindersticks ninth studio album and like its predecessors "The Hungry Saw" and "Falling Down A Mountain" it projects a bold spirit, something charged with what Uncut described as a "restored self-belief, again loving doing what they do and doing it better than anyone else”. Though within "The Something Rain" there is something else; the band, the ideas are formed - it touches what it is reaching for.

tindersticks recent history is a story of gradually rebuilding following a period, around 2003, of breaking it all down. It was a painful time, but it is only now that they feel those hard decisions were the right ones . Their music has grown into a different shape that could never have been found by holding on to the past. Since reforming they have been ever progressive, never looking back. This was felt most accutely on their recent soundtrack work for Claire Denis and the accompanying ambitious cinematic live shows, and culminating in the making of "The Something Rain".

They have gradually grown into a tight five piece band, utilising the riches of a great extended family of musicians.

There are the usual collaborators here - Terry Edwards (saxophone) and Andy Nice (cello, soprano sax) – and on "The Something Rain" they are also joined by: Thomas Bloch (crystal bachet), Gina Foster (vocals) Julian Siegel (bass clarinet, tenor saxophone) and Will Wilde (chromatic harmonica).

Through this period of change, tindersticks enjoyed the support of Beggars Banquet/4AD. In their recent parting with the label, they left behind what had become a comfortable space for making music. In its place within the studio there was, in Staples’ words,"a new creative edginess around, and a determination."

"The Something Rain" was recorded in bursts over approximately a year, from May 2010 to August 2011 and mixed in September-October 2011. It was a time of experimentation, of searching and honing down a shape and sound. Of the twenty or so ideas they set out with, nine songs became the final album.