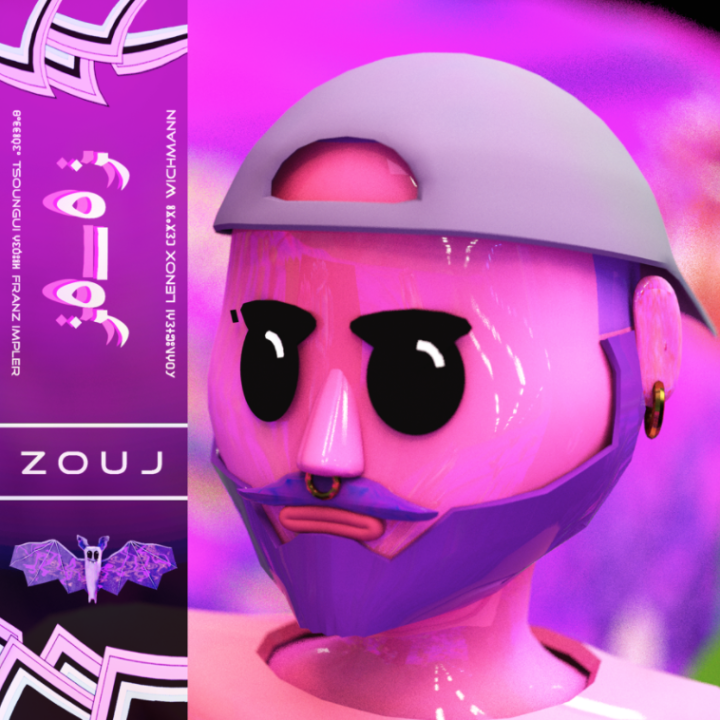 ‘j0_0j’ (pronounced joooj) was an important track in the genesis of ZOUJ, it came together as a whole and encouraged Lenox to further follow his path. It also spawned his artist name "The absurd smiley ‘j0_0j’ is translatable to "Jouj" which means "two" in Moroccan Arabic. Which gave me the name of Zouj which also means "two” in a different moroccan arabic dialect.. It was inspired by a Moroccan tape from the 90s called "Wahid Junior", where a severely autotuned child voice is the lead singer.“

The video for the song is by Franz Impler a 3D artist and animation filmmaker based in Leipzig, Germany and follows our titular character through a twisted alternative reality!